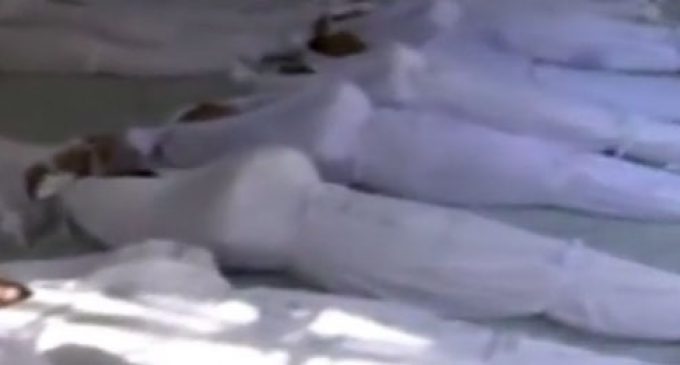 According to Pulitzer Prize-winning journalist Seymour Hersh, President Obama “cherry-picked intelligence” to put forward his own version of events in Syria, distorting the facts as he knew them and opening the door for U.S. military mobilization. Obama blamed Syrian President Bashar al-Assad for a sarin-gas attack that killed hundreds of civilians.

In early September, Secretary of State John Kerry said the United States had proof that the nerve-gas attack was made on Assad’s orders. “We know the Assad regime was responsible,” President Obama told the nation in an address days after this revelation, which he said pushed him over the “red line” in considering military intervention.

But in a long story published Sunday for the London Review of Books, Hersh — best known for his exposés on the cover-ups of the My Lai Massacre and of Abu Ghraib – said the administration “cherry-picked intelligence,” citing conversations with intelligence and military officials.

A former senior intelligence official told me that the Obama administration had altered the available information – in terms of its timing and sequence – to enable the president and his advisers to make intelligence retrieved days after the attack look as if it had been picked up and analysed in real time, as the attack was happening. The distortion, he said, reminded him of the 1964 Gulf of Tonkin incident, when the Johnson administration reversed the sequence of National Security Agency intercepts to justify one of the early bombings of North Vietnam. The same official said there was immense frustration inside the military and intelligence bureaucracy: ‘The guys are throwing their hands in the air and saying, “How can we help this guy” – Obama – “when he and his cronies in the White House make up the intelligence as they go along?”’

Why did Obama want the U.S. to spend military resources in this region?

Though a UN resolution nullified the chances of American military intervention, the impact would be significant if the allegations hold up; recall that President George W. Bush’s legacy was deeply tainted by charges that the U.S. had no proof of nuclear weapons in Iraq when they said they did. Hersh hints at the seriousness of the charges himself: “The cherry-picking was similar to the process used to justify the Iraq war.”