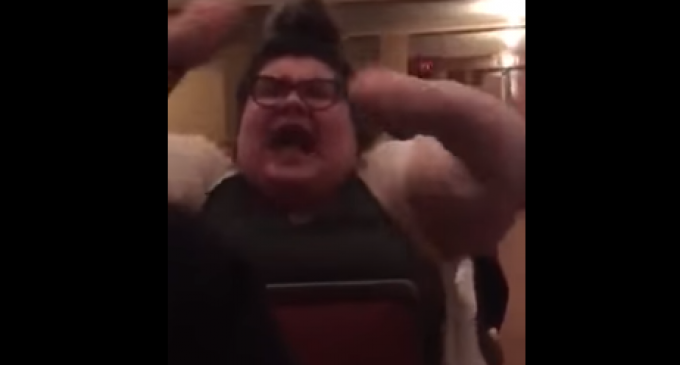 Anyone who still harbors doubts as to the extent to which our colleges and universities have turned into madhouses should pay close attention to the following story.

While college campuses have always been known as hotbeds of radical activism, the trend has become particularly pronounced in recent years. And almost as if to account for the growing frequency at which such protests are held, the way the students involved with them has become increasingly hysterical.

Exhibit A is the University of Massachusetts, where Milo Yiannopoulous, Christina Hoff Sommers and Steven Crowder took part in a panel to discuss issues like feminism and Islam. The audience's response was, to put it lightly, polarized.

Although many seemed to appreciate that the three thinkers were attempting to have a serious discussion over the topics, a small group of around 20 protestors did their best to ruin it for everyone else, shouting over the panelists and erupting into obnoxious chants at every opportunity.

Turn to the next page to see video of the protestors: