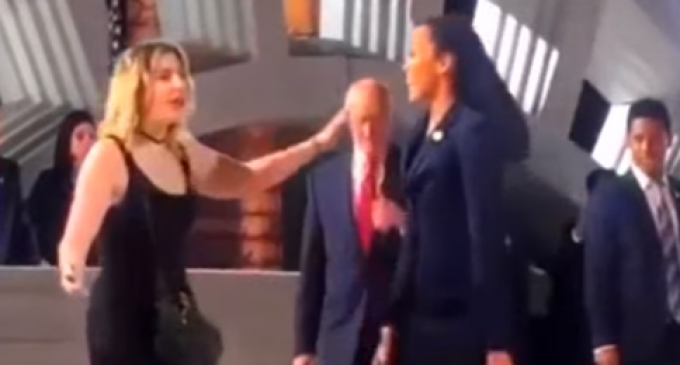 The Public Theater continued its controversial performances of Shakespeare's “Julius Caesar” in Central Park this weekend, with its contemporary format obviously suggesting the assassination of President Donald Trump.

The production company seemed oblivious to the inappropriate nature of the play, given this week’s assassination attempt on Republican congressmen.

Two protesters disrupted the performance last night, much to the surprise of the audience. A woman jumped on stage during the play and began shouting against “leftist violence.”

She was joined by a man in the audience who supported her disruption as well.

Learn more about the protesters and how one of them was arrested by New York City police. Details are on the next page.