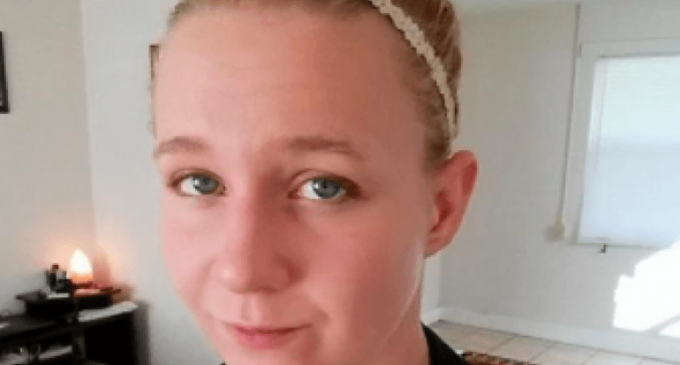 “I’m going to play that card being pretty, white and cute, braid my hair and cry and all,” she said to her sister in a secretly recorded phone call from prison, according to the prosecutor.

Unfortunately for Reality Winners, white privilege and the ‘whites get out of jail free card' are made-up leftists lies almost as sickening as the cause for this young woman’s arrest.

Winners, a 25-year-old government contractor was indicated Thursday with leaking classified information from the NSA to a mainstream news outlet and denied bond. The prosecutors presented a damning case against Winners that brought the attention away from her unusual name, girlish antics, and childish twitter feed.

People might snicker or bombast Winners for being so immature as to call President Trump a four letter C word on Twitter. But, that was tame in comparison to the notes and drawings federal investigators found while searching Winner’s house. Her motivation ran much deeper and darker than just another misguided snowflake thinking it was cool to protest and break the law.