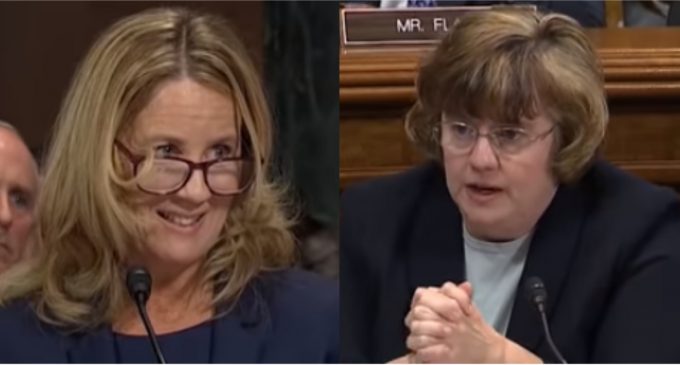 Mitchell, a non-partisan third-party with more than 25 years’ experience prosecuting sex crimes in the state of Arizona, commented in a new memo sent to Senate Republicans that she does not believe a “reasonable prosecutor would bring this case based on the evidence before the Committee.” The report details nine main points that raise serious questions about Ford's credibility. Mitchell not only concludes that no prosecutor would bring the case, but she also says that there isn't even sufficient evidence to prevail in a civil trial.

Check out the nine main points that kill the credibility of Ford's allegations on page two.