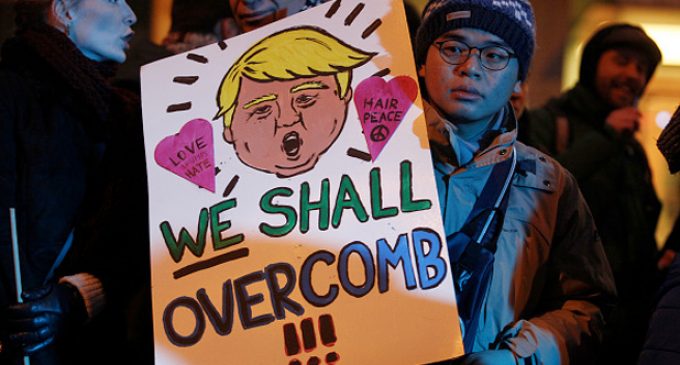 While they certainly have their right to freedom of speech and to protest, it was never the intention that this nation be ruled by a noisy collection of kooks masquerading under the banner of justice when they instead are on a political witch hunt motivated by the fact that their candidate didn't win her election as they hoped.

So what we have is a sore-losers club trying to find some reason to cast doubt on the victorious candidate. Specifically, while Hillary continues to sulk and behave like a spoiled child over her loss at the polls, like-minded progressives, Muslim leaders, and assorted malcontents are continuing to beat the dead horse which represents the allegations of improper contact between Russia and the Trump campaign.

At the risk of wearing the technique out, the collection just mentioned is going to attempt to hold a national “March for Truth” this Saturday to demand an investigation into President Trump's administration. It's another typically pointless effort by the left, but they're free to waste all the time and resources they wish on useless causes.