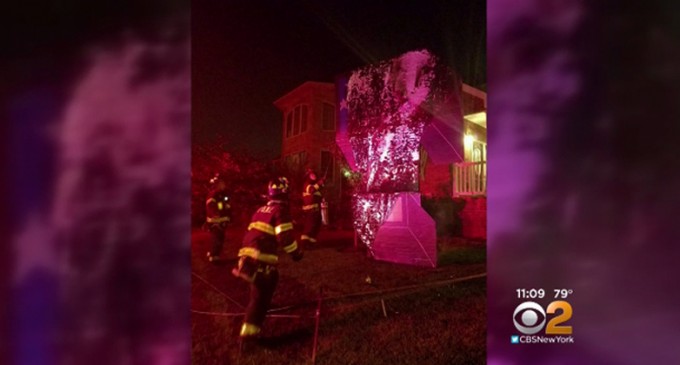 The disgusting defacing of a pro-Trump statue in New York shows that while intolerance definitely is a problem in America today, it is not displayed by Trump supporters.

Filled with contempt for the GOP nominee, liberals all over the country have called for and even carried out violence against conservatives even as they accuse them of encouraging violence. As you might have guessed, the irony is completely lost on them.

“Bigotry” of course, means intolerance of opinions different from one's own, and as Staten Island resident Sam Pirozzolo will tell you, it's not Trump fans who are intolerant of different opinions. Indeed, he set up a large T-shaped sign in his front yard to express his support for the Republican candidate, as is his right as an American citizen. However, it seems somebody believed he didn't have such a right, as the sign was set ablaze on Sunday morning.