An organizer at a pro-life event in Toronto was roundhouse kicked by a male counter-protester after she approached him about defacing several signs at the anti-abortion silent street protest. Jordan Hunt was fired after the video of him assaulting pro-life demonstrator Marie-Claire Bissonnette went viral. Bissonnette says she will press charges when Hunt is located by police. 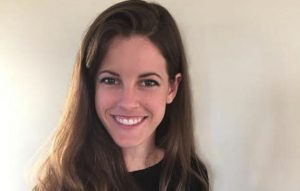 “If somebody gets raped by somebody, and they’re like, ‘I’m a 16-year-old, and I can’t have this baby,’ think you should keep it?” Hunt asked Marie-Claire Bissonnette after she confronted him for writing on the signs of pro-life demonstrators.

“It’s a baby. If someone is raped and she gave birth, and she decided to kill her 3-year-old child —,” Bissonnette countered.

Before she completed her response, hunt planted his feet, stuck out his tongue and delivered a roundhouse kick that struck Bissonnette in the shoulder, sending her phone tumbling through the air and knocking her to the ground.

“I meant to kick your phone!” he yelled.

“Someone call the cops!” Bissonnette yelled. “Do not touch me!”

Marie-Claire Bissonnette, the 27-year-old woman involved in the incident, is the youth coordinator with Campaign Life Coalition and has since spoken out about the ordeal.

“He kicked me in the shoulder, my phone went flying,” Bissonnette told the Toronto Sun. “I start shouting for someone to call police and before he runs away, he goes up to me and I had a ribbon on my jacket indicating the leader, he tore it off my chest.”

She said that the kick left her with minor pain and those who saw the incident “were in shock.”

Marie-Claire Bissonnette, 27, is the youth coordinator with Campaign Life Coalition and has spoken out about a confrontation captured on video.

“When he began to pose and you can see in the video that he positions himself for this, I guess it didn’t register because it was very sudden,” Bissonnette continued. “You would expect someone to start yelling in a loud voice or be very aggressive before they would go and physically assault someone.”

Hunt, a Toronto hairstylist, was shortly fired from his job after his identity was revealed.

“It has been brought to our attention that Jordan Hunt has been caught on camera assaulting an innocent bystander at a pro-life rally. We don’t condone his actions and he has been let go. We believe that everyone has a right to an opinion and the right to voice their opinion without fear of physical violence,” the company posted on Instagram.

“It has been brought to our attention that Jordan Hunt has been caught on camera assaulting an innocent bystander at a pro-life rally. We don’t condone his actions and he has been let go.”

Toronto police said the investigation is still ongoing and no arrests have been made, but Bissonnette said she will press charges after the culprit is arrested.

Jordan Hunt, 26, of Toronto, surrendered to police on Saturday. He faces eight counts of assault and seven counts of mischief under $5,000 relating to the Life Choice demonstration last Sunday afternoon at Keele and Bloor Sts.

Const. David Hopkinson confirm the mischief charges relate to posters defaced with a magic marker while the seven other counts of assault — besides the one stemming from the purported roundhouse kick — are a result of Hunt allegedly scribbling on clothing of protesters.