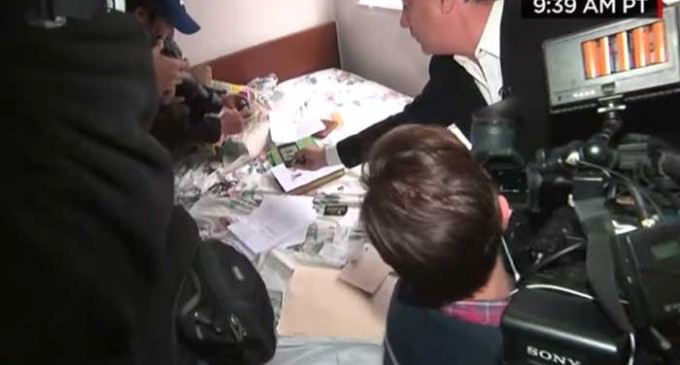 In a bizarre turn of events journalists and reporters have been let into the home of Syed Farook and Tashfeen Malik. The question on everybody's minds is how they got in and how much evidence is now tainted because of them. Also, why wasn't it set up as a crime scene? The answer to the first question seems simple enough, reports are saying that the landlord, who probably went home that night with a pocket full of fresh bills, let them in. As for the other two questions, according to a CNN analysts and commentator, securing evidence at the home is “detective 101” and though this doesn't happen often, I'm inclined to agree with them. If you watch the video on the next page, you'll see what appears to be journalists and cameramen rummaging around the home that Syed Farook and Tashfeen Malik shared with their 6-month-old baby. If you look closely, you'll notice a lack of evidence bags, yellow tape and fingerprint dust.

See the appalling video on the Next Page: