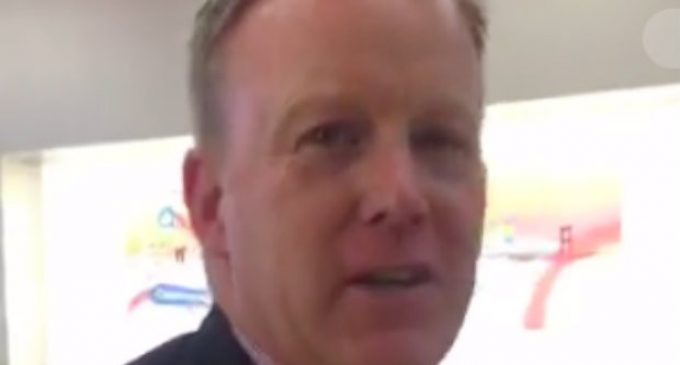 The president and vice-president may never mingle on their own with crowds, let alone do their own grocery shopping, but this does not apply to everyone who works for the government. (Just don't give them any ideas.) Hence, as strange as it might seem for those who live and work outside the centers of political power, you might just bump into a representative or a staffer at a restaurant or on the street, especially if you are in DC.

Press Secretary Sean Spicer just encountered a hostile Indian-American woman at a store who decided this would be a good time to engage Mr. Spicer is some rather acrimonious conversation, starting the encounter by calling President Trump a “fascist.” More on page two.