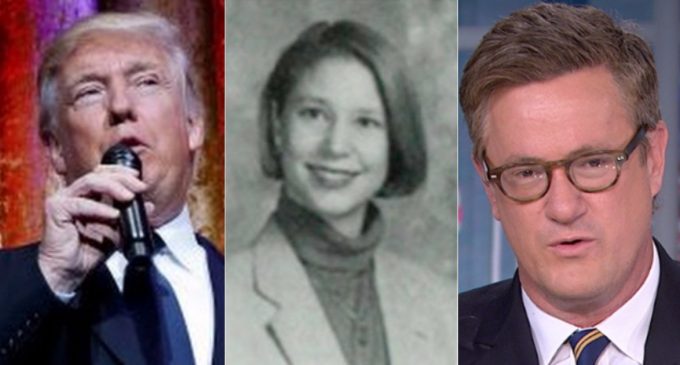 Rock Star in his own head Joe Scarborough is involved with a lot of lackluster underhanded dealings from leaving his 2nd wife for his co-host Mika Brzezinski to quitting office “just spend more time with family” less than two months after his intern was mysteriously found dead under unusual circumstances.

Under the faux moral code of the Fake News Industrial Complex bringing up these unsavory details about Scarborough is akin to slapping an elderly woman in the broad light of day. But, that hasn’t stopped the President from bringing these old allegations surrounding MSNBC Morning Joe host Joe Scarborough back out into the open.

The “unsolved mystery” as President Trump words it, involving Scarborough’s dead intern Lori Klausutis has been whispered about for decades. Back when the Fake News Industrial Complex ruled the access of information with an iron fist, a mere mention of this “mysterious” death would get any high profile blogger, pundit, or newscaster blacklisted. In 2010, fellow far-left blogger and frequent MSNBC contributor, Markos Moulitsas, was ousted for as much as tweeting about the death of Lori Klausutis.

It is cliché, but innocent people have nothing to hide. In the case of Joe Scarborough, these are all just technically conspiracies linking him to the death of his intern Lori Klausutis. But she was found dead in his office, and he doth protest something fierce for a man the network claims has nothing to hide.