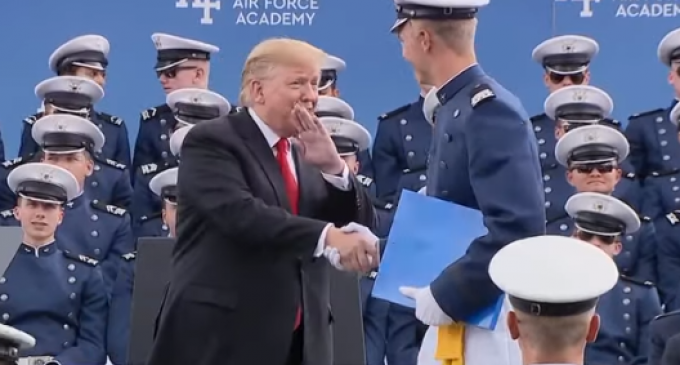 After his commencement address at the U.S. Air Force Academy, President Donald Trump chose to remain and shake hands with every graduating cadet – nearly 1,000.

“They gave me a choice. They said, sir, you don’t have to shake any hands, some people do that.” President Trump said. “Those are the smart ones. They’re out of here,” he said in an aside.

Move to the next page for video and details of President Trump’s speech.