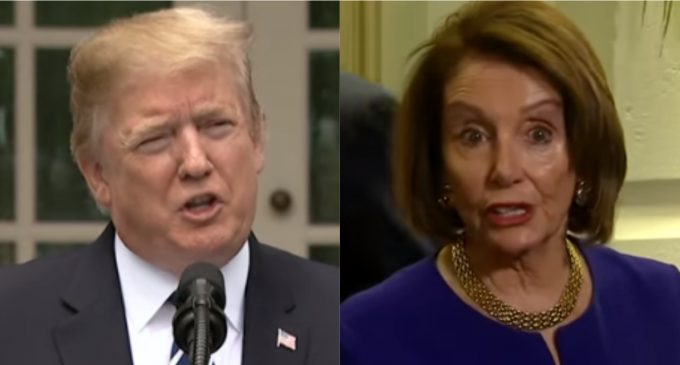 While leaving a closed-door meeting to discuss the issue of impeachment earlier on Wednesday, House Speaker Nancy Pelosi accused President Trump of engaging “in a cover-up.”

“It was a very positive meeting, a respectful sharing of ideas. And I think a very impressive presentation by our chairs. We do believe it is important to follow the facts, that no one is above the law, including the President of the United States. And we believe that the president of the United States is engaged in a cover-up. A cover-up. And that was the nature of the meeting,” Pelosi said.

Shortly after President Trump walked into a scheduled meeting with Democratic congressional leaders, blasted Pelosi for her accusation and ended the meeting after only a handful of minutes, declaring that he could not work with them until they stopped investigating him.

Turn to page two for the full story plus videos.