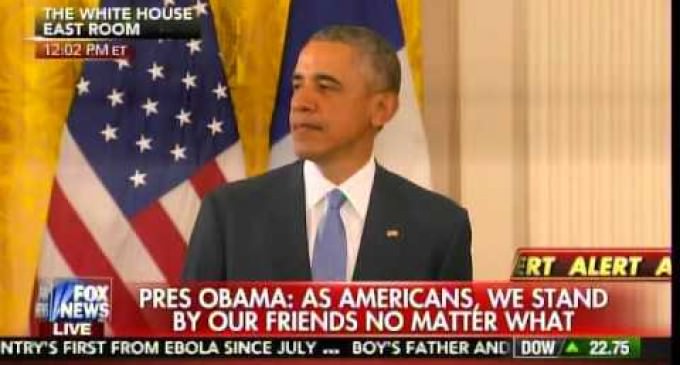 Obama is talking about the terrorist attacks in Paris once again. Once again, he is getting it all wrong.

In the aftermath of the attacks he has displayed intense passion against Republicans, Islamophobia, and climate change, but he just keeps forgetting about ISIS.

He's been given chance after chance to remedy his appalling blindness to terrorism abroad, yet he keeps fumbling the ball.

In his latest comments on Paris, Obama managed to make it all about his favorite topic, himself.

Rather than speak against the terror that claimed over a hundred innocent lives in France, Obama seemed to go off on a tangent about how gosh darn awesome the French seem to think he is. Its all about him.

To see the video, continue to the next page.