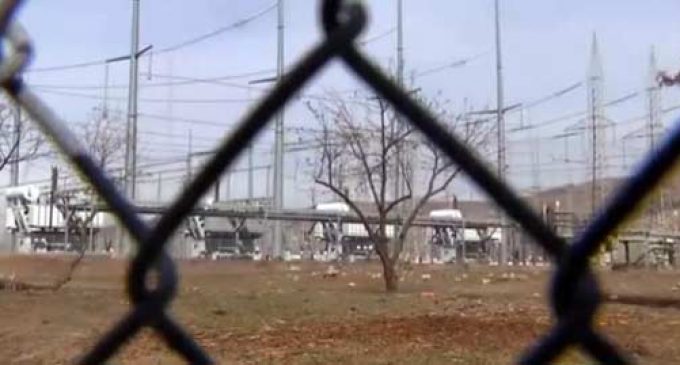 A coordinated attack that disabled a California power substation in 2013 was reported as vandalism at the time, but details revealed recently show it was actually a professionally executed assault involving careful planning. The implications for the security of our national power grid are shocking. Phone lines were cut before cooling generators and station transformers were disabled by 100 long-range rifle shots in the assault that did millions of dollars in damage and took nearly a month to repair.

US Navy SEALs commented that the power grid attack was  similar to how they would do it.

According to Sky News the FBI doesn’t believe this was an act of terrorism – though stamping your own gold coins, questioning mainstream ideologies, or purchasing food in bulk do qualify as suspected terrorist operations:

There are differing opinions at government agencies about what happened. Head of the Federal Energy Regulatory Commission Jon Wellinghoff called it “the most significant incident of domestic terrorism involving the grid that has ever occurred.”

Investigators don’t know for sure who did it or why, but it’s clear that our power grid has not been secured, despite billions of dollars being spent on the security of the homeland over the last decade.

If a few individuals with an AK-47 are capable of bringing down a sub-station and 17 massive transformers that provide power to hundreds of thousands of people, consider what would happen if a rogue terrorist organization or foreign-sponsored military teams were to target 100 key power stations that provide the electricity for tens of millions of people.