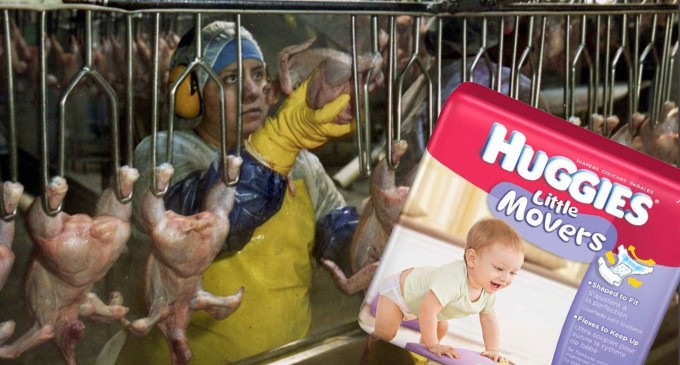 Chicken is America's number one meat, whether fried, barbecued or broasted, it is delicious.  The amount of work it takes to get this tasty bird to one's table is a something altogether less savory.

In an Oxfam America report, allegations have emerged that the poultry industry workers are poorly treated.  In a society that worries about the humane way in which to kill a chicken, the human element has often been overlooked.

In this new report, workers reported that they “routinely were (sic) denied breaks to use the bathroom” in order to optimize the speed of production.” The interviews of hundreds of line workers tell of inhumane conditions forced upon them in order to process the poultry as quickly as possible.  Those interviewed worked for Perdue, Tyson Foods and Pilgrims, as well as other poultry processing centers.

The stories get excessively worse on the following page.