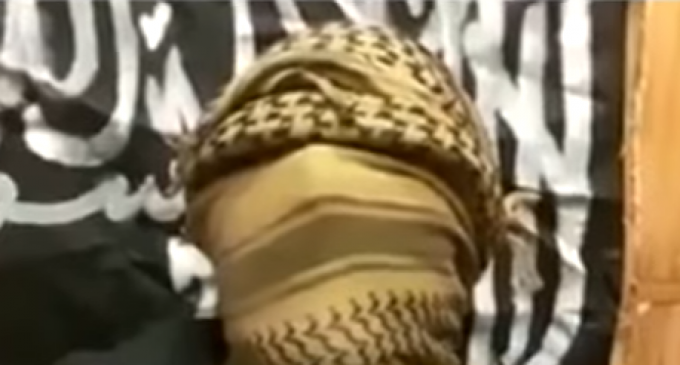 Islamic radicals have struck once again by cowardly murdering children at a concert in Manchester, England.  Yesterday, at a venue where thousands of children were gathered to enjoy an arena-styled concert, an explosion ripped apart the festive atmosphere and, in an instant proved that the Islamic State that our former president proclaimed had no fight left within them and were neither a threat nor a danger to civilized society managed to prove him to be a flat-out stupid and naïve child.

The Left has spent so much time running from one explosion to the next in an attempt to put out ISIS fires as to nearly appear to be enablers of the violence itself.  When Trump said that these people needed to be stopped, or as he announced yesterday in his trip to the Middle East, “taken out of his Earth,” the Left ridiculed him and Hillary Clinton literally claimed that his “inflammatory rhetoric” was actually helping the terrorists to attack innocent people.  Here we can see, in the aftermath of yet another Islamic State senseless slaying of multitudes of kids, that the enemy needs no prompting to kill.  They only need the means to enter the country through lax Leftist open border policies and screams of “peaceful religion” in order to enable the murder of thousands.

A video has now surfaced depicting a coward masked Muslim waving a sign showing the date and place of the Manchester attack and claiming in broken English that this is only the beginning.  People on the Left wonder why BREXIT happened; well, here's a clue.

The rise of attacks lately marks the implausibility of there ever being a bridge gapped between radical Islamic jihadists and the rest of the world because they do not believe in coexistence, nor cooperation.  They only believe in cowardly murder.  There is a reason why the civilized world continues to improve in infrastructure, in quality of life, in technology and in medical breakthroughs.  Islamic radicalism has contributed to none of these things and this is further testament to the fact that they cannot be either treatied or compromised with because they wish nothing but world domination by the caliphate, a goal that they partially achieved through propagandistic organizations like CAIR, and supported by closet Muslim world leaders, administrators and legislators whose vitriol aimed at Judaism and Christianity come through in their speeches each time they open their mouths.  And with the willing accomplices in the United Nations, a cessation of hostility on the part of the radical Islamists will never be a reality.

Video has also surfaced of the moment that the explosion occurred in the Manchester concert.  It is disturbing to watch and to listen as the panic-stricken children begin stampeding away from the source of the explosion.