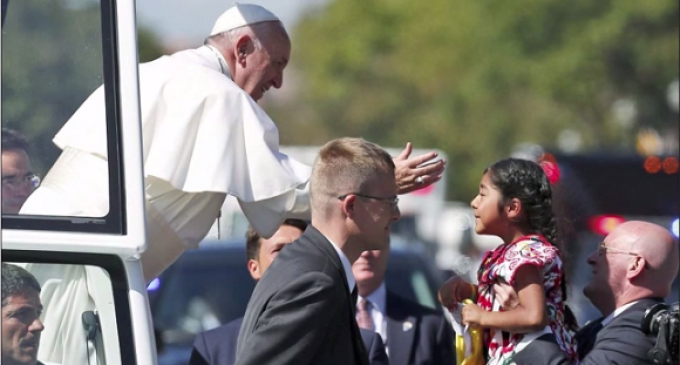 The world witnessed Sophie Cruz's encounter with the Pope during a parade in Washington this week. It appeared to be one of those wonderful, spontaneous, once-in-a-lifetime-moments Pope Francis has become known for.

However, the entire moment appears to have been scripted by members of a coalition of Los Angeles-based immigration rights groups.

There's more about the fake looking moment in a video on the next page: