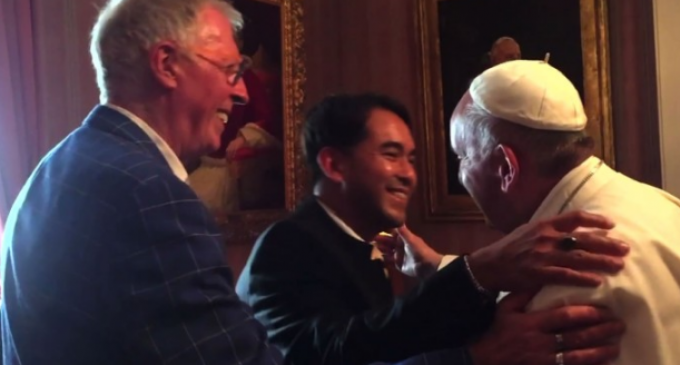 Sometimes, it seems the Pope takes more pleasure in challenging the church that he leads than he does promoting the values he was entrusted to protect. Ever since he was elected head of the Roman Catholic Church, the Pope seemed to immediately embark on an apology tour for the beliefs and actions of his predecessors.

Of course, Pope Francis didn't let the bounds of the his faith box him in, either. He quickly branched out to tackle hot-button issues such as capitalism and immigration, as well.

Now, the pope is even challenging the church's firmly held beliefs on homosexuality. Homosexuality has long been one of the most condemnable sins in the eyes of the church, but the pontiff is once again reversing course by asking his followers to accepts gays and lesbians.

See what he asked of the church on the next page: