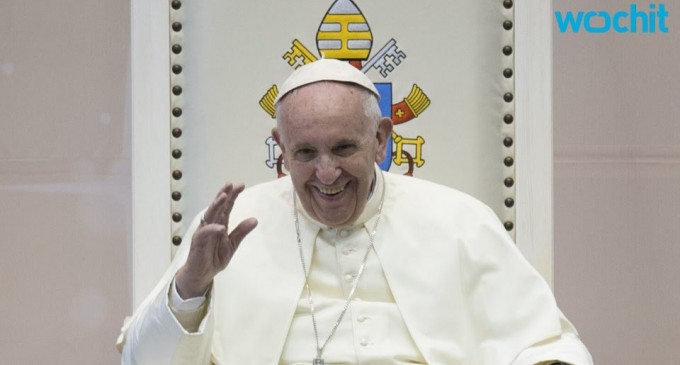 Pope Francis may be a nice man, but he seems to be losing his grip on reality. No doubt riding around in the Popemobile, protected from dangers and surrounded by security he can make declarations that ignore the reality that Islam is at war with the world, particularly with Christians, Jews, and those who are not part of the “right” Muslim sect.

The world is a dangerous place, and it is true that violence exists from street gangs, domestic violence and thugs in every country.

However, none of these groups or individuals are blowing up stadiums and beheading individuals wholesale in the name of their religion. Pope Francis has become quite passionate about understanding and sympathizing with Islam, but he is not touched by the virulent, destructive nature of the religion or the evil perpetrators of Islamic jihad. He should get out more.