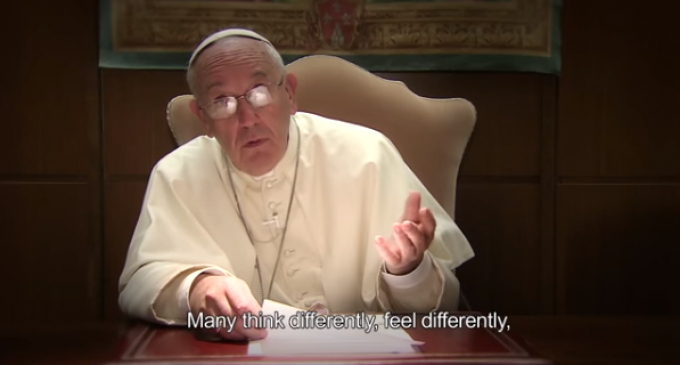 The Holy Bishop of the Catholic Church, Pope Francis I, appears to be in cahoots with those seeking to create a one world government by encouraging the formation of one world religion. In other news, the Unitarians already tried that.

Pope Francis has said he believes all the world's religions are “seeking or meeting God in different ways.” One of the most obvious problems with the idea of a one world religion is that some people seek God by blowing up school buses and stoning raped women for losing their honor.

Ignoring the convoluted moral, existential, and ethical considerations of forcing a Hasidic Jew to worship the same way as a Buddhist monk, there is the practical question of where a one world religion would lead. Let's be honest, it would be another way of diffusing and alienating private citizens of every sovereign nation from practicing their faith as they see fit.

Find out more about Pope Francis' one world religion on page 2.