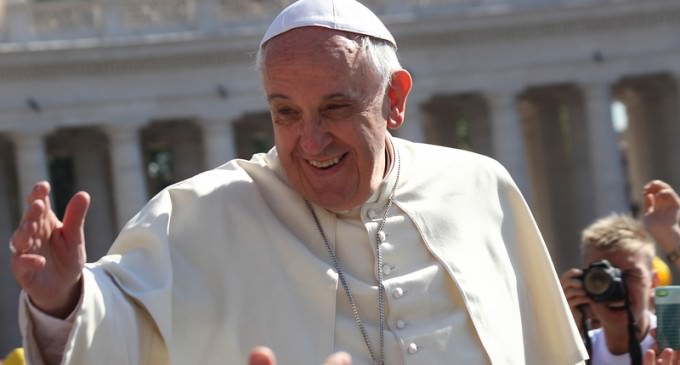 The Pope is once again pushing his liberal agenda onto his followers within the Catholic church.

His newest effort will take place on the United States/Mexico border, where Pope Francis intends to hold a mass designed to highlight the struggles faced by so-called refugees running from the poverty and violence of their native countries.

Pope Francis has never hid his liberal bias, but his obvious move intended to undermine the United States' immigration law has perhaps gone a bit too far. While he cheers the illegal flow of people from Mexico into The United States, he's ignoring the obvious economic and security threat these open borders cause our prosperous nation.

This shouldn't come as a surprise. He's already scolded us for our capitalism, ignoring the fact that are capitalist driven economy allows us to be the most generous nation in the world.

To see the Vatican's statement on the purpose of the Mass, continue reading on the next page: