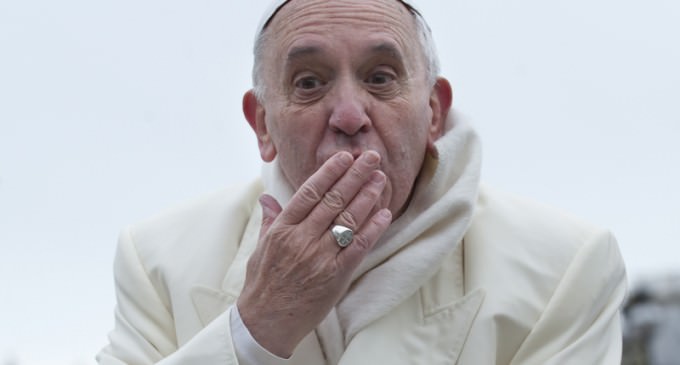 Pope Francis has actually boasted he would encourage illegal aliens to enter the United States across the Mexican border when he comes to America in September by crossing illegally with them himself. It is unknown if he will have drug cartels escorting him for security or if the pontiff will carry some illegal contraband for them when he does so.

Cardinal Oscar Rodríguez Maradiaga said that Francis would lead by example and cross the border if he had the time, thus backing away from the issue a bit. Read more on the next page.