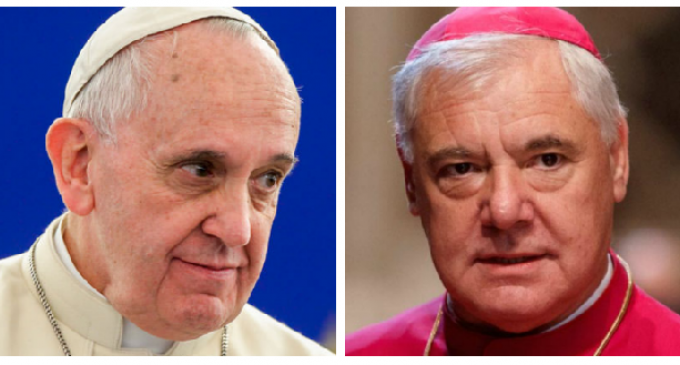 Pope Francis made a bold move today few expected even from a power hungry globalist like himself. Does he think he is God? George Soros? The Antichrist?

It would appear that he is doing everything he can to destroy Christian morals and turn the church into a puppet of the political establishment.

Leaked Podesta emails clearly reveal the Democratic party is trying to infiltrate the church to support the liberal political agenda. You see Christians are standing in the way of feminists accessing 3rd-trimester abortions. Christians do not get down on bended knee to worship Hollywood celebrities and know their government serves to protect their freedoms, not enslave them. Christians are preventing the moral breakdown needed in order for the liberal agenda to succeed.

Pope Francis is actively trying to rid the church of anyone who believes the words of Jesus and forsakes the false prophets and leaders attempting to lead the flock astray. Another beloved leader has been ousted by the Pope for arguing the church should follow God, not the empty words of power hungry men. Cardinal Gerhard Ludwig Müller, the top doctrinal watchdog in the Roman Catholic Church had a fiery exchange with the Pope that did not well. Learn more on the next page