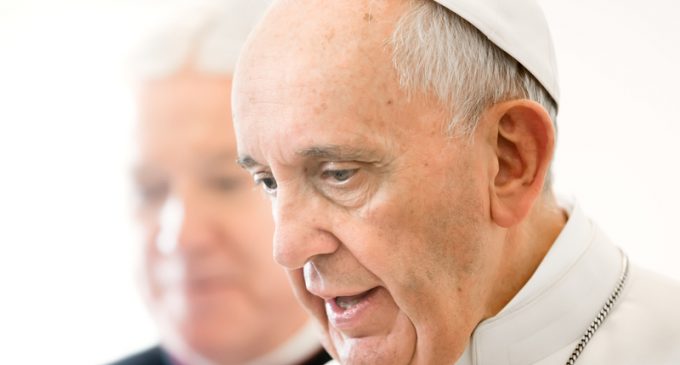 La Republica used to be a far-left Italian daily newspaper very critical of the Vatican and the Catholic Church under the leadership of Pope John Paul II.

La Repubblica used to be known for its critical stand vis-à-vis the Catholic Church, but this position has drastically changed after the onset of the papacy of Pope Francis.

EUGENIO SCALFARI, the Vatican writer over at (the still leftist) La Republica has now gotten so chummy with Pope Francis that the latter calls him up whenever he wants to share what he thinks about politics, or influence what the people are reading in the papers.

Last Thursday, that is the other yesterday, I received a call from Pope Francis. It was about noon and I was at the newspaper, when my phone rang and a voice greeted me: It was of His holiness. I recognized him immediately and I replied: Pope Francis, it makes me happy to hear it.  “I wanted news about his health. Are you okay? You feel good? I was told that a few weeks ago she did not write her Sunday article, but then I see that she resumed.”

Holiness, I'm thirteen years older than you.  “Yes, I know that. You have to drink two liters of water a day and eat salted food. Yes, I do. Other advice has been followed but I interrupted it by saying: It is a little ‘ that we do not talk, I would like to greet you, I go on vacation in a few days and it is quite a lot that we do not see.  “You're right, I want it too. Could you come today? At four?  “. I will definitely be there.

I rushed home and at three and three quarters I was in the Little lounge of Santa Marta. The Pope arrived a minute later. We embraced and then, seated one in front of the other, we began to exchange ideas, feelings, analysis of what happens in the church and then, in the world.

But on this particular day, Pope Francis was more concerned with discussing the G20 Summit than the Church.

Head on over to the next page to hear the Pope’s insider warning to his friends over at La Republica and how this affects the trajectory of the Catholic Church, under Pope Francis that is