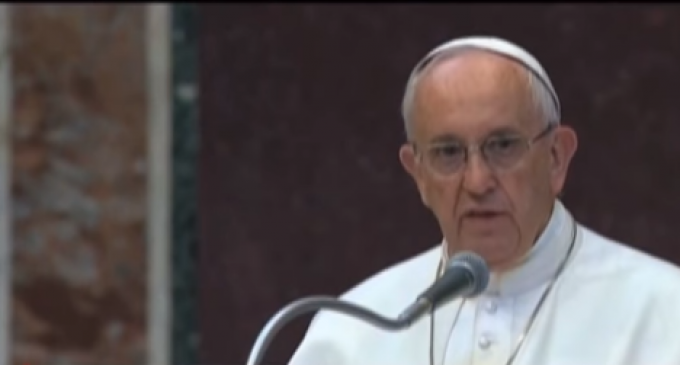 Pope Francis spoke with German Chancellor Angela Merkel at the Vatican this past Friday, May 6th, and once again chastised Western Europe over the Syrian refugee crisis.

Hundreds of thousands of migrants are flooding into Germany and surrounding countries, with Germany set to receive perhaps one million immigrants this year alone.

The problem is that the refugees are not simply Syrian families fleeing the violence, but hordes of people coming in from the Middle East and Africa, with no documents to show who they are, with a decided skew towards single young men, with many of the newcomers demanding jobs, money, and houses, and many declaring their commitment to spread Islam and to overwhelm the local populace.

This is not what one would assume is a beleaguered populace seeking refuge, but a conquering army being invited in to begin the revolution. Given the recent history of Islamic terrorism in Western Europe, plus the financial burden on countries that are already suffering from too many people and not enough work, it is entirely understandable that local populations would be dubious of the groups washing into their countries.

The Pope, however, has a different take on the situation, and he spent time criticizing various nations who are reacting to the emigres.

Read Pope Francis' comments on the poor behavior of the European states, page 2: