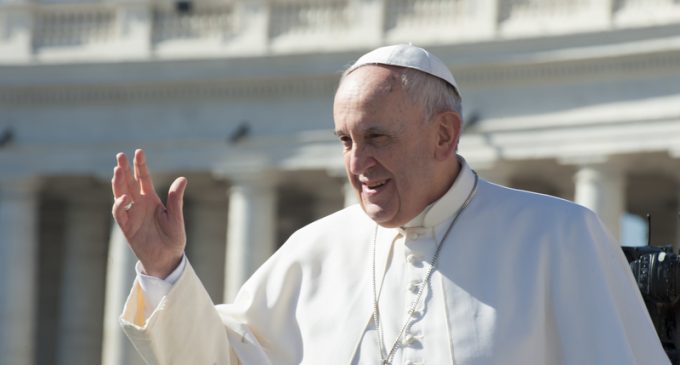 The head of the Roman Catholic Church has tweeted his solution for world peace, which is placing a worldwide ban on all weapons. Pope Francis claimed that the mere presence of weapons makes us live in constant fear of war. So, it would seem that the pope thinks that banning all weapons (does that include slingshots?) would make everyone relax enough to cause world peace. I am sure that countries like Iran will embrace the idea, they look like they are ready to relax to me. All that shouting of ‘Death to America' certainly does bad strain the voice.

But heck, if you are going to be that naive, why not go for broke and just ban all war?

If you're going to do that, of course, the United Nations would have to retain all of their weapons because someone would have to enforce this. This NWO pope would undoubtedly have no problem with that.

As one would imagine, the pontiff’s tweet was met with pretty harsh criticism and outright mockery on social media. Turn to the next page for more: