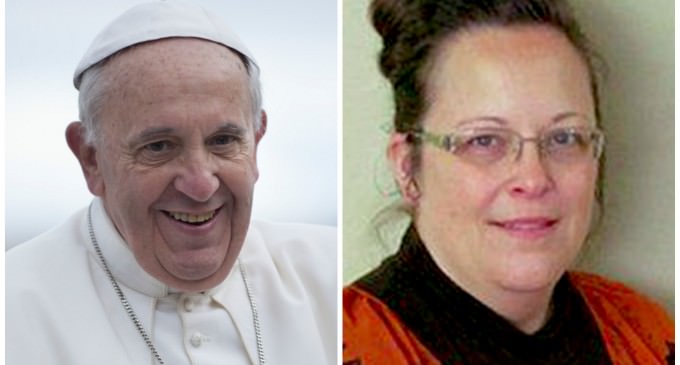 The proof of the Pope's liberal agenda is becoming more plentiful by the day. The Vatican downplayed the Pops's meeting with Kim Davis it specifically requested a meeting with a homosexual couple, and planned everything down to the hug.

As for the meeting with Davis, an excuse was made, claiming that he was in the area to see one of his former students and his family, which many believe to be the homosexual couple.

Read more about the Pope's liberal agenda on the NEXT PAGE.