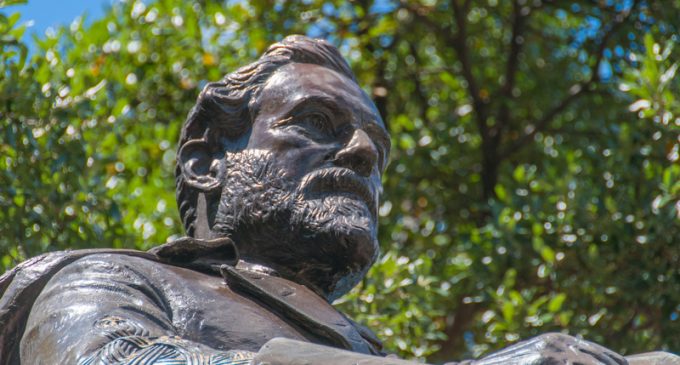 There's an interesting phenomenon that occurs each time the outraged Left begins throwing around their reasons for supporting this policy or that initiative.  We find upon closer examination and a mere scratching of the surface that the claims they are making as to why they're doing a, b, or c, are nearly always their opinion rather than a fact.

For example, a while back Ami Horowitz made a hilarious video (posted on the next page) that first questioned White Berkeley students about voter suppression and voter IDs.  These students explained that Blacks were either incapable of getting to the DMV to get an ID, didn't even know where the DMV was because they didn't have access to the internet or phones and, even if they did, they weren't bright enough to use the internet.  It was an alien concept to them.

Then, Horowitz goes to the streets of Harlem and begins questioning Black people, asking them if they are offended when asked to provide an ID to vote.  Not a single one says they are.  He then asks if they have IDs.  All of them do.  In fact, one of the respondents even answers that he doesn't know any of his Black friends or family of age who don't.  Then he asks if they know where the DMV is.  They all do.  He asks them if they would have trouble getting to the DMV.  None of them do.  He goes into the whole internet issue.  Every one of them answers that they have access, they do indeed know how to use the internet and, when told what the White Berkeley students told him, answer that they believe those views held by the Leftists to be RACIST.

A recent poll was taken that asks Blacks about the Confederate monuments and whether or not they should be removed.  Turn to the next page to find out the very funny and Leftist-slaying results!