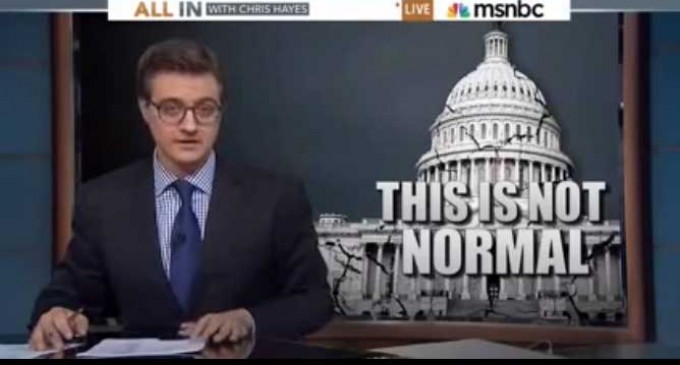 MSNBC host Chris Hayes has the solution! He suggests the problems behind the shutdown can be traced back to that pesky document, the Constitution:

“The political dysfunction that has brought about the shutdown and now threatens default, isn't so much gridlock. It is exposing the fatal flaw in our Constitution and highly distinct system of government. In other words, it’s the Constitution’s fault. Something truly catastrophic was bound to happen sooner or later.”

What do you think? Is the Constitution to blame for the government's problems?