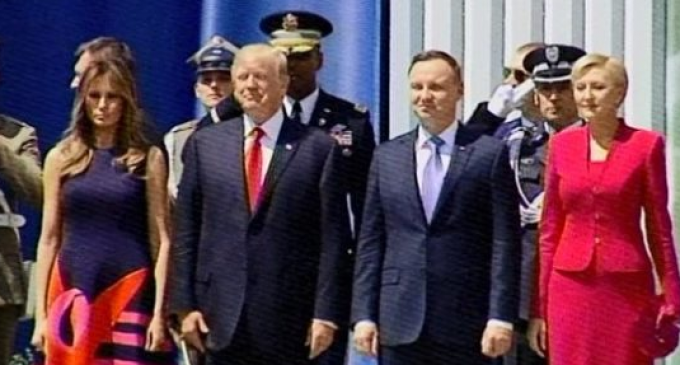 Donald Trump is making America great again across the globe — but don't take his word for it. When the Trumps arrived in Poland, they were greeted with chants of “USA!”

It's a good beginning to Trump's second major international trip as president, but not dissimilar to his first. That first trip, which had a religious theme and ended with a meeting with several prominent EU leaders, was widely considered a success. Even the mainstream media had little to complain about. With little else to cling to, many reported that Trump rudely pushed his way to the front of a photo.

This time, they're clinging to a new theory — that Trump had to bus supporters into Poland. Judging by the enthusiasm of his Polish welcome crew, that seems unlikely. But the media always have to attack Trump, even if it's not based on truth.

Learn more about Trump's trip to Poland on the next page: