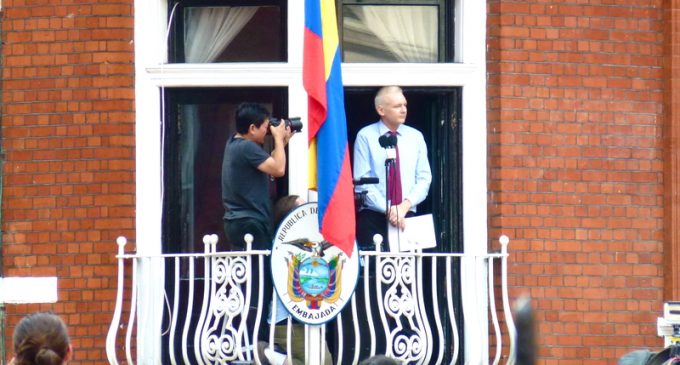 Jullian Assange's home away from home had an attempted break-in yet the police was remarkably slow, given the fact they are always watching Assange.  The Editor-in-Chief of Wikileaks has for the past four years been the resident of Ecuador's London Embassy.

The unidentified man attempted the break in early Monday morning.  It is, under the Vienna Convention on Diplomatic Relations (1961), the responsibility of the host country to protect other nation's embassies.  Yet the slow response time has the Ecuadorian Embassy incensed.  It should not take a four hours for the police to arrive, when the police station is only two minutes away.

Was this perhaps a kill attempt on Assange?  The deep knowledge of Hillary's emails and the fact that, “The former secretary of state pushed for the prosecution of Wikileaks, rather than the global criminals they exposed, and the organization described her as a ‘war hawk'”, one would not be surprised if Assange had a hit on his life.

Read the full story on the next page.