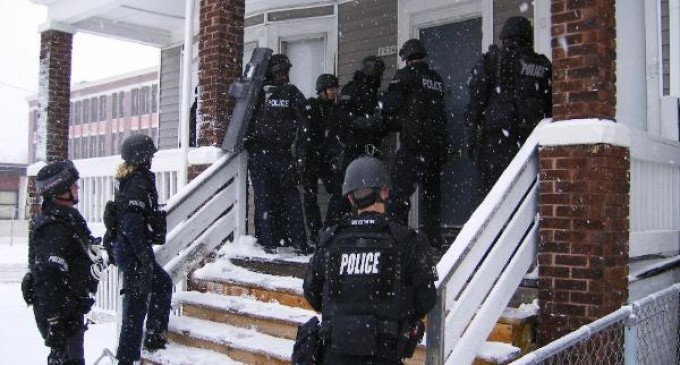 Selectman Barry Greenfield, from the Massachusetts town of Swampscott proposes local police be allowed to enter homes without a warrant to inspect how citizens are storing guns.

The idea was floated by Swampsott Selectman Barry Greenfield, who expressed frustration about the Newtown school massacre in the neighboring state of Connecticut and in other cases where people have obtained their parents’ guns to carry out shootings.

“We need the ability to enforce the state law,” Greenfield said, according to the Swampscott Patch.

The town of Swampscott reportedly has about 600 gun owners. Under Massachusetts law, it is “unlawful to store or keep any firearm … in any place unless such weapon is secured in a locked container or equipped with a tamper-resistant mechanical lock or other safety device, properly engaged so as to render such weapon inoperable by any person other than the owner or other lawfully authorized user.”

This is an example of what happens when citizens allow their 2nd amendment rights to be eroded: suddenly someone gets the bright idea to trample 4th amendment protections against unreasonable search & seizure as a “logical next step”.

People are right to be concerned with shootings such as the one at Newton, but it is a terrible idea to use these events to grant law enforcement sweeping, unwarranted  rights to enter private property to perform searches or ‘inspections’. There is still such a thing in America as presumption of innocence. Stop trying to treat ordinary, law-abiding citizens as criminals just because someone, somewhere breaks the law with tragic consequences.