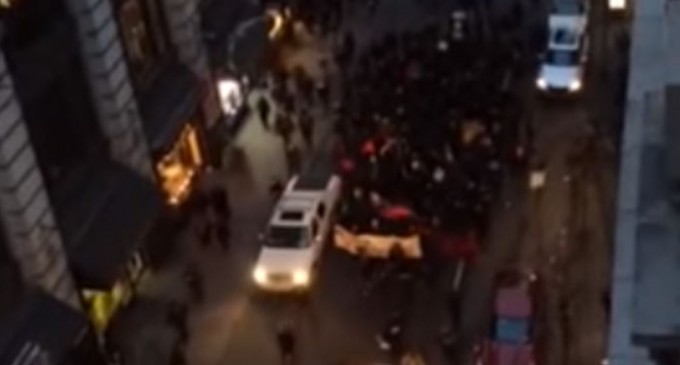 In the aftermath of the murder of 5 police officers in Dallas, Texas on Thursday night by an angry, deranged black man, there will be many who mourn the killings, but others who do their utmost to claim they were at least partially justified because of the “rampant” racism of society and the police. Black activist groups will claim there is a war declared by police on black males, and so the violence committed by black males is only a response to the aggressive police stance. The outcry about the murder of police officers this week will continue for 5 or 6 days, and then the drumbeat by the media and militant black activist groups will swell once again to make claims that just cannot be supported.

The raw statistics, though never cited by the main stream media or the Obama administration, prove the lie of the “war on Blacks.” Heather MacDonald is a scholar at the Manhattan Institute and a prolific writer. She graduated from Yale 1978, attended Cambridge, and graduated from Stanford University Law School in 1985.  She has written numerous articles and several books on the subject of whether cops are racist. She has a new book out titled “The War on Cops,” and she cites some startling statistics in the book:

6,000 blacks die each year of homicides, more than White and Latino homicide victims combined, even though Blacks comprise only 12% of the population, with combined Whites and Latinos totaling 80%.

Blacks commit homicides at 8 times (800%) the rate of Whites and Latinos combined.

In the last decade, 40% of cops killed by assailants were killed by black males, even though they comprise only 6% of the population.

Police are 18.5 times (1,850%) more likely to be shot by a black male than an unarmed black male is to be killed by a police officer.

It is clear there is a cultural problem, not a war on Blacks by the police.  It is also true that there is a clear reason for cops to be more cautious when dealing with black men. More training for cops, more money for community programs, and more sympathy for cop killers will not erase the reality that black males are conducting a war on cops and authority, and the gangsta culture celebrates and supports that war. The problem filters down even to grade school where black students disrespect teachers and administrators and have a much higher rate of suspensions. Unfortunately, rather than supporting the teachers and insisting on proper discipline in schools, parents and activist groups malign the schools and insist on fewer suspensions. That leads to a much higher dropout rate among black students, and a much higher likelihood of criminal activity and acting out against authority.

All of these factors lead to the inevitable confrontations that we have seen the last few years, with the Obama administration in full support and encouragement of groups like Black Lives Matter and other groups that rightfully should be seen as thugs and criminals.