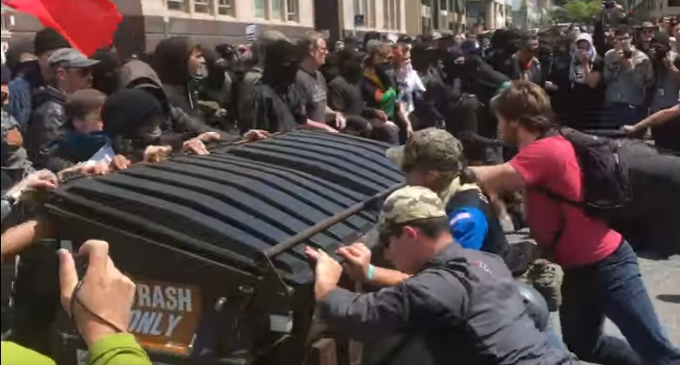 If you were ever curious what it's like to be a warzone, last week's riots at Berkeley might have been a good place to start. It you've seen the videos (a few of which you can watch on the next page) you might have noticed that this was a protest unlike any other protest we've seen, with the exception of the riots that occurred in the aftermath of last year's police shootings. The only difference is this time it's not the Black Lives Matter/the Extreme Left versus everybody else, it's everybody else against them.

According to sources who were on the scene (there was a surprising lack of media coverage, with the exception of some independent outlets) what was supposed to be a peaceful pro-Trump rally turned into a nightmare when Antifa Thugs showed up, looking to stir some trouble. If the videos on the next page are any indication, they immediately regretted that decision when lines clashed like a scene from Mad Max. However, that's not the most shocking part of all of this. While all of the violence was occurring, the police were standing down and letting it happen.