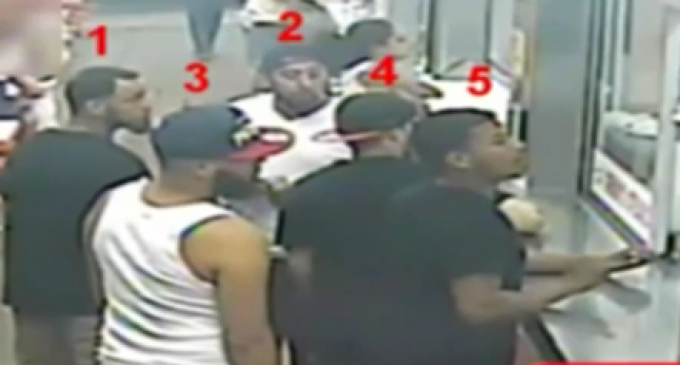 An attack too brutal, that the Philly police will not release the surveillance footage, took place outside Geno's Steakhouse.  Five men beat a patron, Patrick Kane, and his friends, on June 11, threatening, “Don't mess with us, we belong to ISIS”.

The group had stopped by Geno's for a bite at the famous restaurant, after attending a wedding.  Just finishing their cheese steaks, the Brooke Kane's friend asked a group of men if she could bum a cigarette off of them, and all hell broke lose.

Immediately, one man stood up and assaulted the woman, putting his hand over her face and shoving her across the sidewalk.

Read the rest of the story on the following page and view the video.