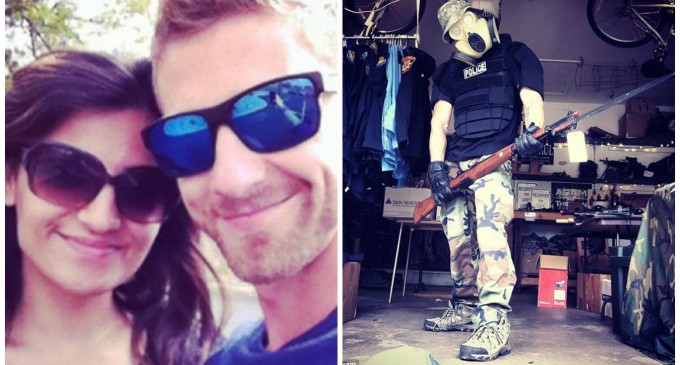 In an e-mail to her sister Komel Crowley wrote “We obviously don’t get any form of pleasure withholding communication from our own family…we are dealing with an endless list of deeply personal issues silently as adults, as lovers, as partners and parents,” regarding the silence they had been keeping towards their family.

David Crowley, and his wife Komel lived in an Apple Valley home raising their 5-year-old daughter Rayina. David was a screenwriter working on his first independent film, ‘The Gray State', a movie about the fall of society and FEMA troops taking over the U.S.

But things soon got dark on Jan. 17th for what investigators call, after a two hour investigation — a murder suicide.

Officials concluded that the phrase “Allahu Akbar,” meaning “God is greatest,” found written on the Crowley's living room wall was written by David in his wife's blood as a final spit towards her Muslim past.

Through his movie David Crowley obviously wanted to show what many of us know to be a possible startling future by the way things are playing out with the U.S. Government today.

If it was a murder-suicide then what was David Crowley trying to prove? Was he mad, or was someone else behind this, besides what investigators have to say?