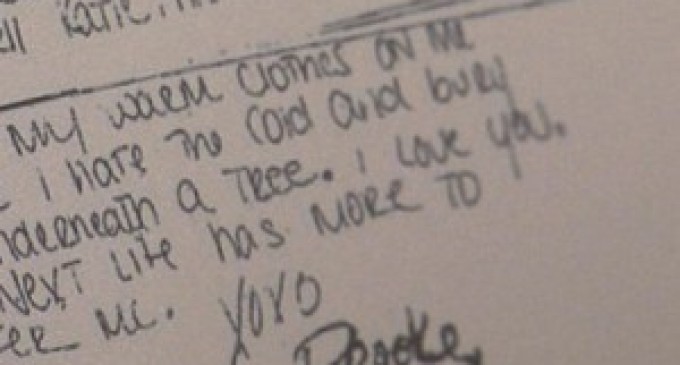 Yet another story of policy brutality as law enforcement across the country becomes more thug-like.

This time, police pepper spray and arrest a man and his son for merely yelling when the daughter was found to have committed suicide!

Call the Joplin, MO police dept. and voice your disdain for this brutality. You can also submit a complaint on their website:

As his teenage daughter lay dying from a self-inflicted gunshot wound, a Joplin, Mo., man and his son were pepper sprayed by local police and taken to jail, where they were handcuffed to a bench for being upset.

“I was on the pavement, I couldn’t breathe and another officer put a knee in my back and told me to get up and he said if I didn’t get up he was going to Tase me,” Brant Russell said of the takedown. As their loved one perished, the men — charged with assault, disturbing the peace and obstruction — spent the next three hours handcuffed to a bench in the city’s jail.