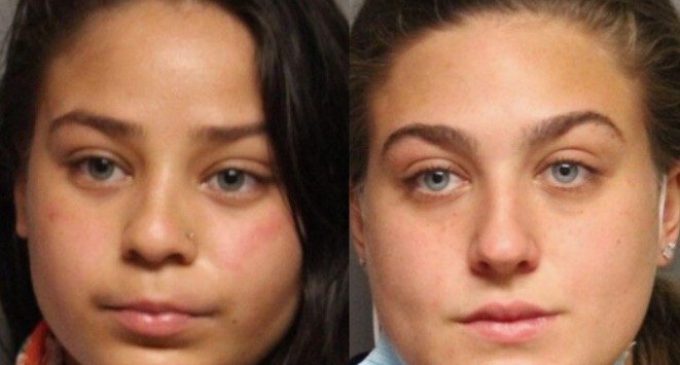 Both women seen in a viral video attacking multiple people, including a 7-year-old Trump supporter, outside the Democratic National Convention have been arrested.

21-year-old Olivia Winslow was arrested Friday on charges of robbery, conspiracy and endangering the welfare of a child. She was arraigned and released.

21-year-old Camryn Amy was arrested on Saturday and charged with the same three charges as Winslow, as well as offensive touching. Amy was incarcerated at the Delores J. Baylor Women’s Correctional Institute on $45,000 bail. According to court records, she allegedly punched a third victim in the face resulting in a laceration to his lip, threw the MAGA hat belonging to the boy over a fence and struck an adult woman in the face with a closed fist.

The video shows the boy crying and begging his mother to call 911 and get his hat back.

Move to the second page for video.