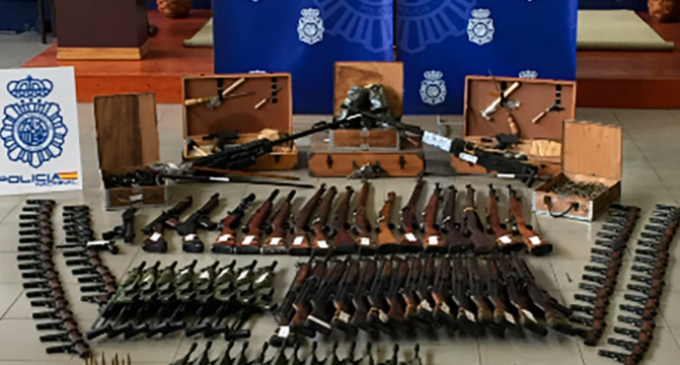 Anti-terror investigators in Spain confiscated 12,000 weapons this past February, which were allegedly about to be sold to Islamic terrorists by a Spanish gang. The weapons centered from a weapon trafficking network that is being called “terrifying in its size and capability” and includes anti-aircraft weaponry. Spain's interior Minister claimed that there were several weapons confiscated that are capable of bringing down aircrafts. There were also various parts that could build more weapons , including, percussion mechanisims, recoil springs, retaining parts, bolts cylinders, frames, firing mechanisims and locking systems.

The real question that should be asked here is how a weapon trafficking network this large has been able to thrive and where are they getting their weapons from? In the original reports, they showed guns from World War II and prohibition era. According to police, the entire arsenal was worth almost nine million euros, and accompanied by the weapons was seventy-thousand in euros.

Find out what the interior minster had to say on the next page.