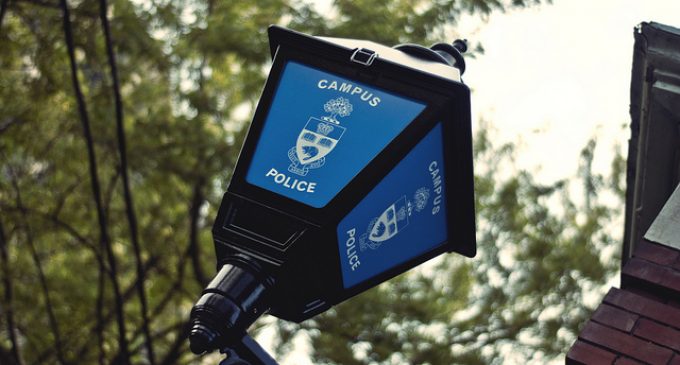 As college campus police forces across the country seek to expand their powers and jurisdiction beyond their traditional boundaries, questions of training and transparency become more important. Supporters of this increased authority for campus cops say there is a growing expectation from parents and students for police to keep closer tabs on students in the surrounding communities.

Proponents say the arrangement allows schools to keep closer tabs on students who misbehave off-campus — making it easier to refer them for disciplinary proceedings, if necessary — and gives university officers greater flexibility to investigate campus crimes committed by community members. It can also ease the workload of resource-strapped municipal police departments.

“It used to be we were responsible for the campus. Now there’s an expectation, I think, especially with parents, but to a large extent among students, that we’re also responsible for these areas off campus,” said Jeff Corcoran, interim chief of the University of Cincinnati police force, where officers patrol areas near the school. “We’re getting pushed to ignore those imaginary lines on the map and be more proactive in that area.”

But an expanding campus police presence does not sit well with everyone. Some fear the change could create problems due to the different priorities of campus police. Certainly, colleges have a vested interest in protecting their cops from criticism and the judgement of the community at large and school administrators often demonstrate their weak grasp of fundamental concepts such as freedoms guaranteed under the Bill of Rights. 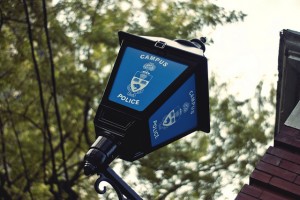 …a proposed expansion of authority has stirred concerns in Washington, D.C., where residents say university police don’t have the same level of training or transparency requirements as the city police. Campus police officers in the city have arrest powers on campus but participate in a separate, shorter training academy. And because private colleges generally aren’t compelled by public records law to release the same information as public institutions and government agencies, some are concerned about a lack of accountability to the city and its residents.

“If one of their policemen acted inappropriately, there would be hardly any recourse. We’d have no information, no follow-up,” said Ken Durham, a longtime resident of Foggy Bottom, the neighborhood that encompasses George Washington University, part of a consortium of schools mulling broader authority for their police.

Added Marina Streznewski, president of the Foggy Bottom Association, “Expanding the police powers of a university police force without some kind of clear and transparent mechanism is a really bad idea.”