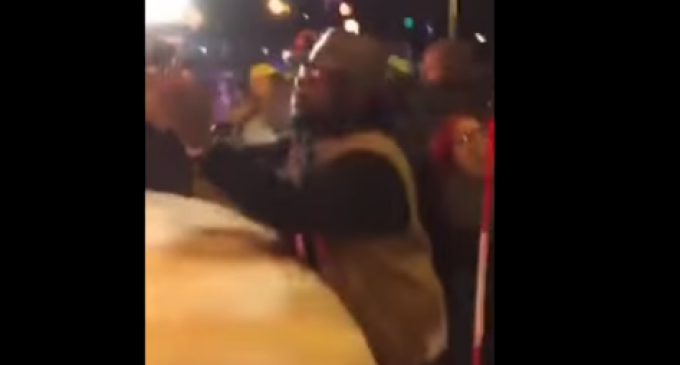 When Donald Trump's Chicago rally was shut down, it was presented as a law enforcement/safety issue. Now video has surfaced that proves the unhinged leftists were running amok and were literally spoiling for violence in the street… and in the pavilion where the speech would have happened.

For months, the mainstream media perpetuated a false narrative of racism and bigotry and now it has boiled over into left-wing activists trolling for violence by shutting down simple speaking events by a candidate that threatens the political ruling class in this nation.

The advent of Donald J. Trump's ascendancy has sent shock-waves through both political establishments and caused a collective panic on both the right and left.

In his own party, Donald Trump faces a potential brokered convention with rules so convoluted, Americans will simply picture Mr. Burns-type old men smoking cigars and laughing evilly. This is what the ruling class fails to understand, they have already lost, now they just look like like crybabies breaking all the cool toys because they can't have them.

Unfortunately, these milquetoast leader's are lending cover to the violence perpetrated by the left as you will see on the next page.