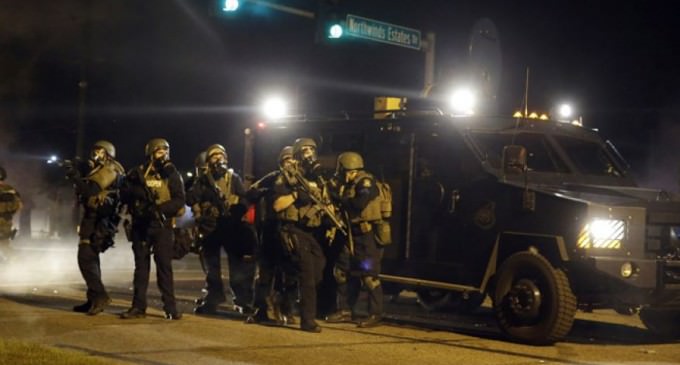 Dozens of law enforcement agencies across the US are now reporting the loss of the military weapons given to them under the Pentagon’s 1033 program.

Take Huntington Beach, Calif., which was given 23 M-16 rifles and has reported one missing.

“Bottom line is the gun is not here and we were suspended from the program, haven’t received anything since 1999,” Huntington Beach Police Department Lt. Mitchell O’Brien told ABC News Friday.

O’Brien told the network the lost weapon could have been melted down, but that’s uncertain.

“Bottom line is the gun is not here and we were suspended from the program.”- Huntington Beach Police Department Lt. Mitchell O’Brien

“Probably, [it was] one of those things where we used it for parts and the spare parts probably got discarded at some point — but again, it’s inconclusive,” he said. “But we are pretty confident nobody got into our armory and took it.

The program O’Brien was referencing is the Pentagon’s 1033 program, which gives away surplus military weapons to local police departments. In a report Friday theCox Washington Bureau said Huntington Beach is one of 145 local law enforcement agencies across the country that has been suspended from the program.  Three states — Alabama, North Carolina and Minnesota — also have been suspended.

Cox named some of the banned agencies.

The Daytona Beach Police Department was suspended after reporting a lost M-16 in January.

“We still have not been able to find it,” Daytona Beach Police spokesman Jimmie Flynt told Cox.

The Napa County Sheriff’s Office was banned after someone stole a rifle from an employee’s personal vehicle.

“If I knew where it was, I’d go get it,” Undersheriff Jean Donaldson told Cox. “It’s equipment we can obtain at no cost to our budget, so the taxpayers don’t get taxed twice.”

James Ray, who oversees the 1033 program in Arkansas, told the station officials are worried the missing weapons could end up in the wrong hands.

“I have no reason to believe that, but if we don’t know where they are then hopefully we can get them back,” he said. “I mean they’ve been reported stolen by the law enforcement agencies….”

“It just appears that the Pentagon’s not minding the store, that once the inventory is gone, it’s out of sight, out of mind—and we can’t afford to have weapons of this type walking around the streets,” Steve Ellis, vice president of Tax Payers for Common Sense, told ABC.

A Pentagon spokesman told the station that 8,000 law enforcement agencies participate in the 1033 program and that 98 percent remain in good standing. 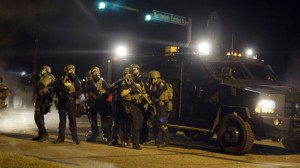