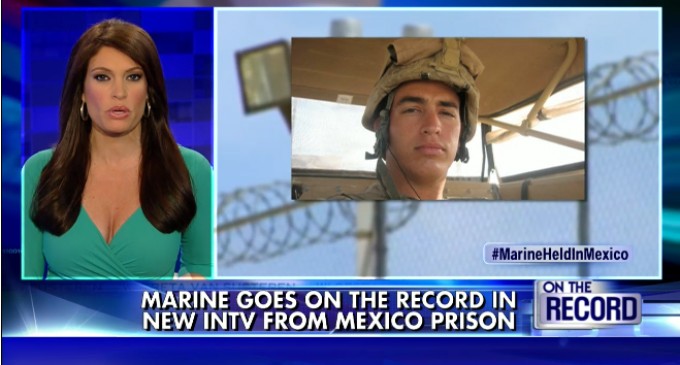 Sgt. Andrew Tahmooressi still sits in a Mexican prison after 2 months for making a wrong turn at the border, with the the Obama admin doing nothing, being too busy it seems with releasing terrorists for an alleged deserter.

Tahmooressi described horrible conditions in his first Mexican prison before being moved to a better one, with no water for sustained amounts of time, bleeding from his cuffs, etc.

Greta Van Susteren had to pull this info out of him in the interview.

Not the complaining type it seems. Even though in another statement he described how guards hit him so many times in face he felt his jaw fall out of place and that he has been stripped naked and chained to a bed.

The White House did finally issue a statement Monday:

This man served 2 tours in Afghanistan and even saved several fellow soldier's lives.

But I guess he didn't do the one thing that would warrant Obama's attention and help…learn to speak Arabic.