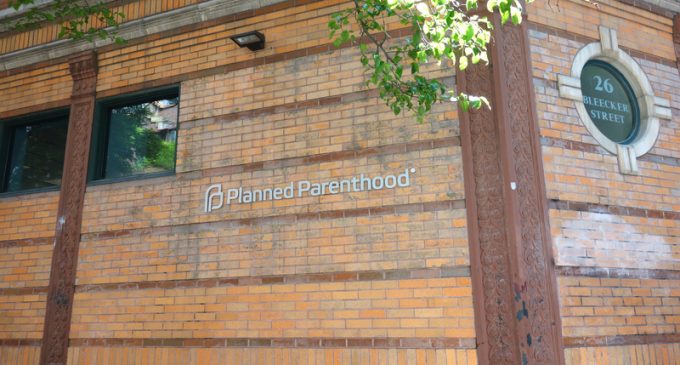 Planned Parenthood has been on the losing end of a lot of battles, particularly after the damning videos that surfaced that showed many of their upper echelon of officers who were celebratory about the potential sale of baby parts, with the more whole the “fetal tissue,” the better.  Hands and feet were a plus for some unGodly reason.  In fact, many of these officers sounded almost like some sort of backward auction where they were bidding back and forth about what was “viable” and what was not.

In the interim, a fight broke out in Congress about the possibility of defunding Planned Parenthood with real Conservatives (all…like…three of them) and the rest of the Leftists and Establishmentariat who had no intentions of doing so.  Regardless, Americans were fed up with the Left's blithe disregard for human life and particularly because they seemed to think that it was a Blue and Red issue, when in reality it was a human issue.

On the following page, you'll find a shocking story about how the Temple of Satan has decided once again to insinuate itself into Jackass Party politics with an emphasis on trying to destroy even more human life.  The Temple of Satan has joined with Planned Parenthood in suing Missouri for the right to kill more babies!