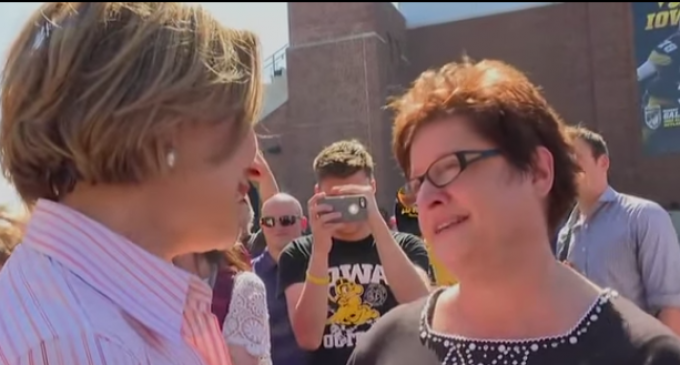 Condoms were flying according to story in the New York Times. Paid protesters, wearing pink and representing Planned Parenthood, threw condoms at Carly Fiorina on Saturday at an Iowa Hawkeye tailgate.

Nothing says feminism like assaulting another woman with condoms, yet this group of paid protesters, chanting chanting, “Women are watching, and we vote,” represents the “voice of women”.  Watch the video on page two.