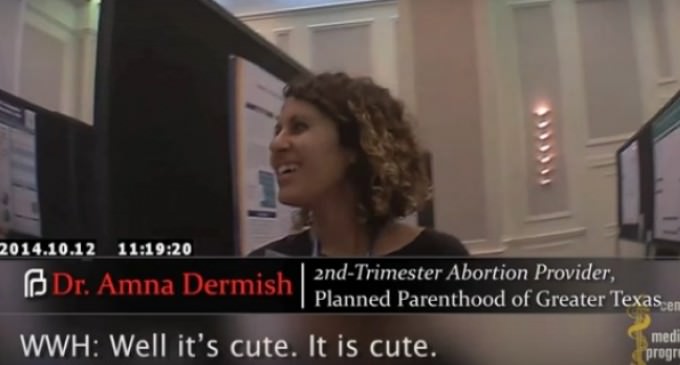 The Center For Medical Progress, the group who launched an undercover sting operation of Planned Parenthood (PP), has released an eleventh video.  The newly released video captures the Texas providers laughing and admitting they engage in the selling of fetus body parts up to 22 weeks gestation.

One of the “providers” (which is translated into a doctor who preforms the 22 week procedure), Dr. Amna Dermish, admits she was trained by Dr. Nicutola, and she has yet to prefect the procedure to extract the calvarium [head] intact, laughing “it's something to strive for!”  Dr. Nicutola is infamous on the video series as the “Medical Director” of Planned Parenthood.