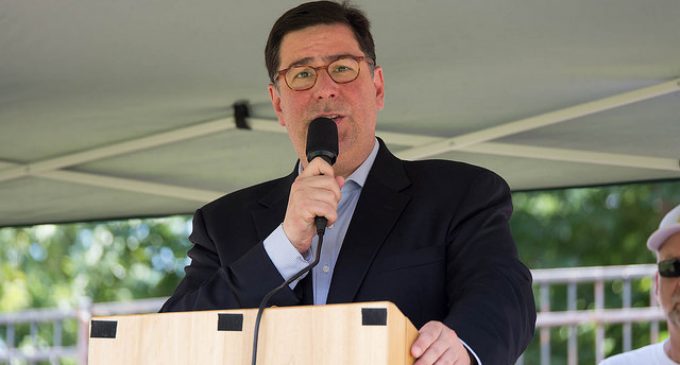 This week, President Trump fulfilled a campaign promise and exited the Paris climate agreement. In the speech announcing the withdrawal, Trump claimed that his decision came because he was elected to represent “Pittsburgh, not Paris.” Shortly after the speech, the Democrat Mayor of Pittsburgh responded.

The president's remarks remind the country of why he won the election. While Hillary Clinton was busy ignoring Pennsylvania — or actively insulting their coal miners — Trump was talking to voters and figuring out what was best for the state. Trump's eventual win in the state was key to his overall win in the electoral college.

So Trump has a pretty good sense of what Pennsylvanians want — but Democrat leaders in the state are still fighting back against their people's choice for president.

See what the mayor of Pittsburgh had to say about Trump's comment on the next page: