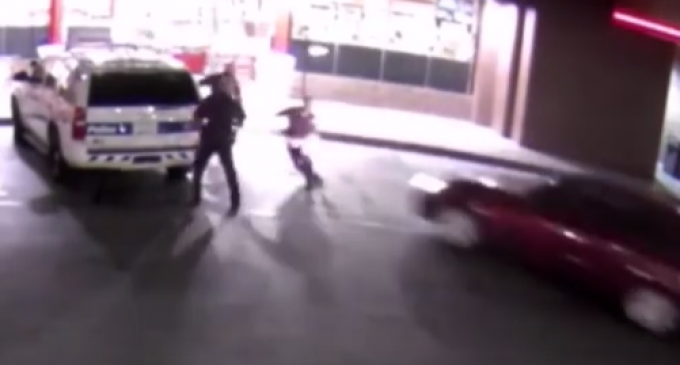 Anybody who still denies that the left's campaign against law enforcement has led to a toxic, dangerous environment that endangers the lives of police officers better pay close attention to the following, shocking story. Video on the next page.

Three Phoenix policemen were gathered outside a convenience store early Tuesday morning when a car suddenly appeared on the scene and charged them before ramming into the front of the store. No one was killed thankfully, but two of the officers were wounded when the car struck them and the other, who managed to dodge the initial assault, was injured when the car's driver exited the vehicle and attacked them.

The perpetrator, one Marc LaQuon Payne, is now in custody and will be charged with attempted first-degree murder and aggravated assault. While it is a great relief to hear that this would-be cop killer has been apprehended, we must be alert for others who will try to follow his murderous example.