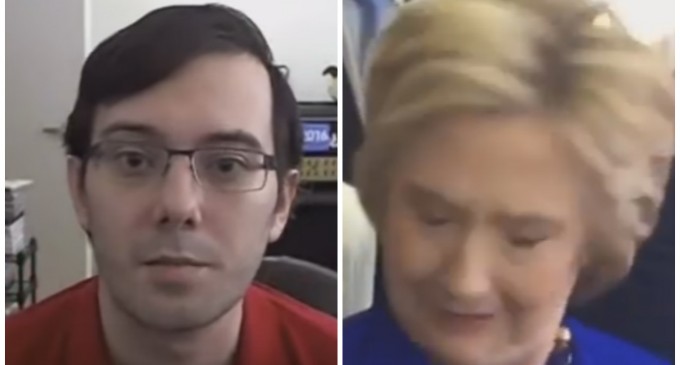 The bizarre behavior exhibited recently by Hillary on the campaign trail has many speculating as what is wrong with her.  Is Hillary Clinton suffering from brain damage?  Is it post-concussive syndrome?  Has she had epileptic seizures?

These questions must be addressed, yet the Hillary campaign is covering up the evidence of declining health, stating a doctor’s statement, made in 2015, stating that she is fit to serve as president.

Is she suffering from her head injury in 2015, as neurologist Dr. Daniel Kassicieh, D.O thinks she might be? He believes she is suffering from post-concussive syndrome and that is not something neither her family, nor her campaign should ignore.

“For someone who has treated many post-concussion syndrome patients and that’s what I really believe she’s suffering from based on reading these reports and reading what’s happened,” Kassicieh said. “I think she has latent post-concussion syndrome, and I can understand that as a politician they would want to be covering that up.” He stated:

Or is her odd behavior something more debilitating as pharmaceutical executive Martin Shkreli believes based on the evidence found in videos of Hillary recently.

Could Hillary be suffering from Parkinson's disease?

Read the evidence that leads to this diagnostic hypothesis on the next page.